A Portuguese worker-placement game of survival 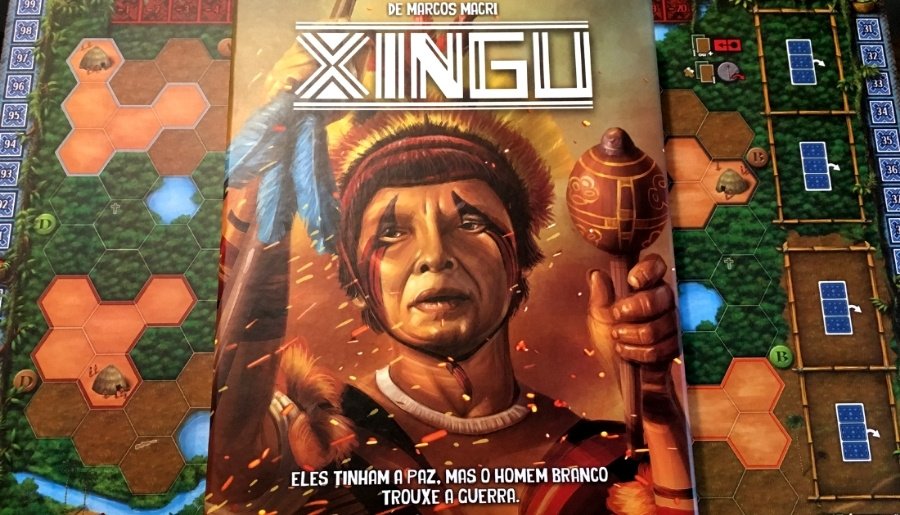 Marshal Cândido Rondon in the service of the Brazilian government receives the mission to build telegraph lines from Mato Grosso to Goiás, a region of the lower Xingu. During his journey, he encounters several indigenous tribes, previously unknown, inhabiting the Amazon rainforest. At the same time, these tribes are harassed by the presence of unscrupulous farmers who are interested in slave labor and become vulnerable to the diseases brought by exploiters. In Xingu, each player will be the leader of one of these tribes, and should use maximum skill and strategy to ensure their survival in a dangerous and hostile scenario due to the arrival of the white man. 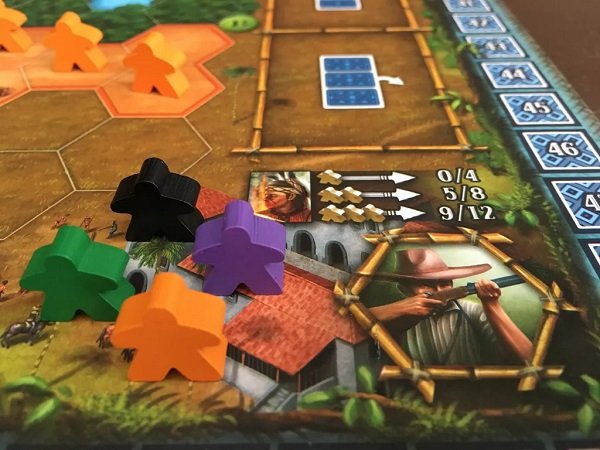 Xingu is a game for 2 to 6 players based on hand management where each turn you play one of the five role cards (Pajé (a spiritual shaman), Cacique (Indian leader), warrior, hunter or Indian matriarch) to gather resources, make rituals, fight the invaders or expand the tribe territory. 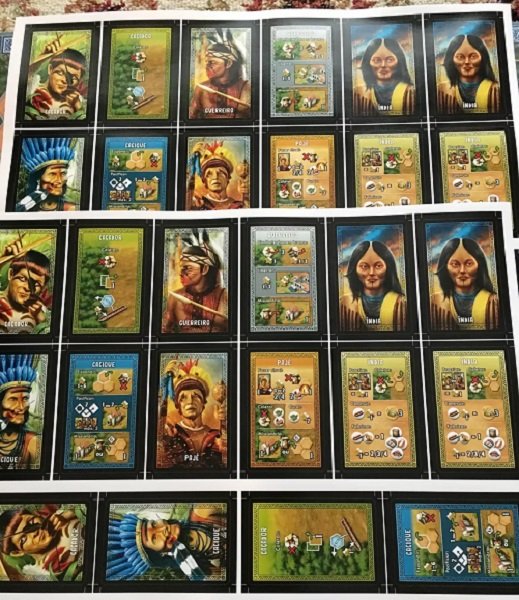