Announcing Zulus on the Ramparts 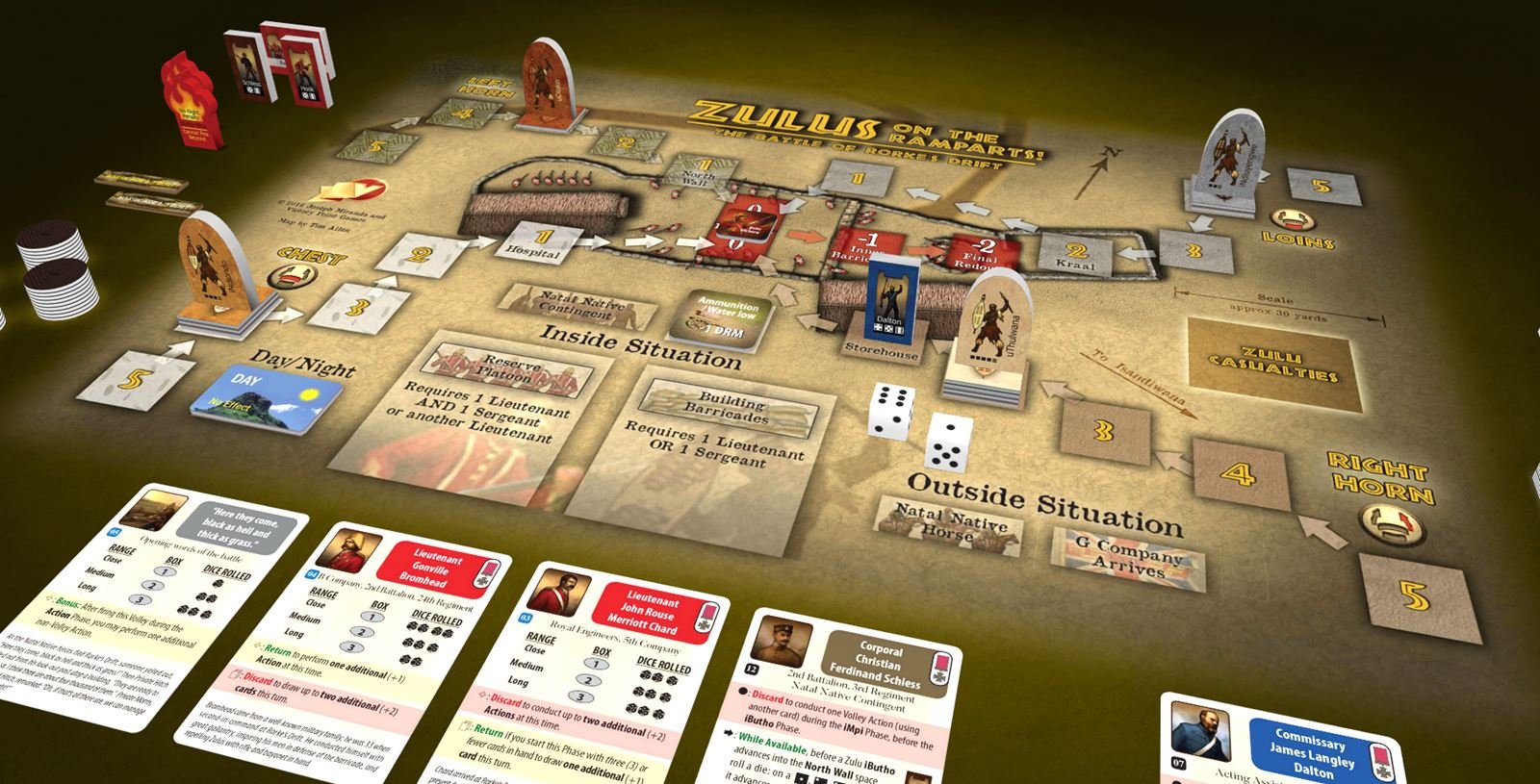 Hold your position and repel the relentless charge of fierce enemies in Zulus on the Ramparts - new solitaire wargame by Victory Point Games.

Zulus on the Ramparts!

Zulus on the Ramparts! is a solitaire States of SiegeTM game of The Battle of Rorke’s Drift in South Africa during the Anglo-Zulu War of 1879. At this battle, approximately 140 British soldiers and auxiliaries defended a small compound (in an area less than half the size of a baseball field) against 4000+ crack Zulu warriors – and won. This action saw more Victoria Crosses awarded (the highest medal for bravery in Britain) to a single regiment at a battle than any other before or since. Its legend has grown to become one of the greatest “stands” ever in military history.