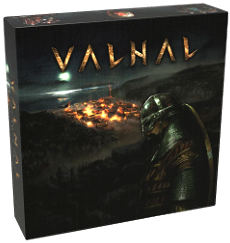 Crowdfunding
Two-Player
Free
10+
2-4
1.5h - 3h
6.9
56h
VALHAL is a thematic and immersive Viking boardgame. Each player takes the role of a Jarl, taking care of their own Viking settlement on the fictional island of Fjörnheim. Goal of the game is to regain the Favour of the Gods. To reach this goal, the Viking players have to go raiding, build their set...

read more...
VALHAL is a thematic and immersive Viking boardgame. Each player takes the role of a Jarl, taking care of their own Viking settlement on the fictional island of Fjörnheim. Goal of the game is to regain the Favour of the Gods. To reach this goal, the Viking players have to go raiding, build their settlements and go through countless tests and trials of the treacherous Norse Gods.

The game proceeds through the seasons, each of them has a slight impact on the games mechanics. For instance, the Vikings will only go raiding in the summer, while in winter they will have to provide additional food for their workers to brave the colder months. In addition to that, each season comes with an event that can have positive or negative effects on the life of our Viking characters, making each round of VALHAL a new experience.

VALHAL also comes with a unique building system, based solely on the use of coins and time. Building progress will be made by rotating square cards each seasons. Every building is unique and has it's own permanent bonus that comes into play as soon as the building process is finshed.

Every summer the Vikings go raiding. This is the main source of income over the course of the year. Battles are fought against the neutral party “The Mainland”, where new cards of different difficulties and different loot are laid out after each summer-raid. Each of those cards has has a fixed base-value and a certain number of dice to roll, same for your warriors. When it comes to a fight, both parties will roll dice and add their base-value to the rolled number. The difference between each result will be deducted from the hit-points of the inferior party. First party to lose all their hit-points is defeated. If the Vikings leave the battlefield victorious they can sack the town and return home with coins, food and other valuables for their settlement.

In a wide variety of events players are interacting with each other. This can happen in a cooperative or competitive fashion. Players are also able to fight the “Mainlanders” together. In turn it is not possible to attack other players.

Each of the 145 unique cards featured in the game tells it's own story of Norse Gods, historical events or just personal tales from the everyday life of a Viking and also has it's own effect.

VALHAL is not the type of game that rewards extensive planning. Due to the vast amounts of events and other variables throughout the game a sort of “reactive strategy” is asked from the players – in other words: The ability to adapt to new circumstances with each new season. 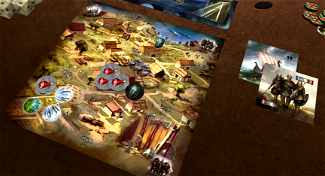 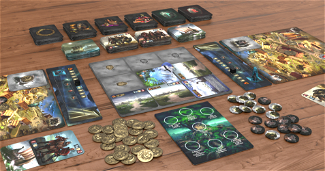 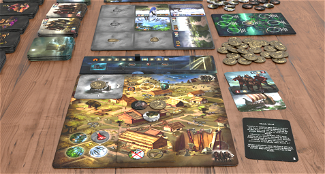 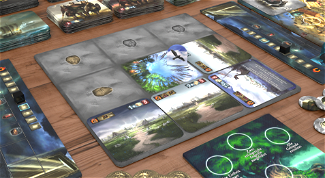 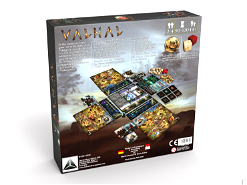 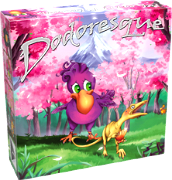