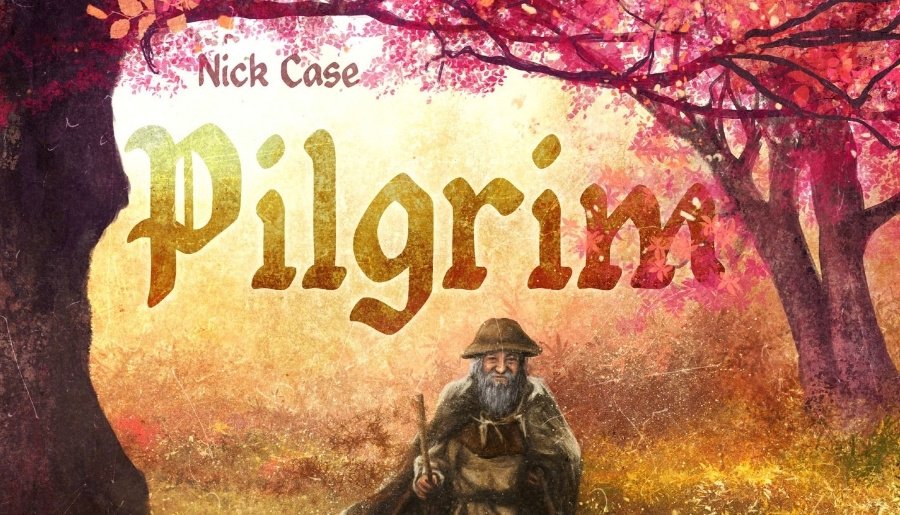 In Pilgrim, players are abbots and abbesses of their own provincial 14th century abbey, each seeking to:

A unique twist on a mancala-movement mechanism distributes a player's acolytes across eight duties and the capital city to determine each turn's action. 18xx-style tile development on the map board builds trade routes for revenue and pilgrim trails for endgame points. Common serfs need to be ordained to ensure that the abbey is adequately serviced and your acolyte numbers will need to be carefully balanced across ever changing duties and vocational tasks. 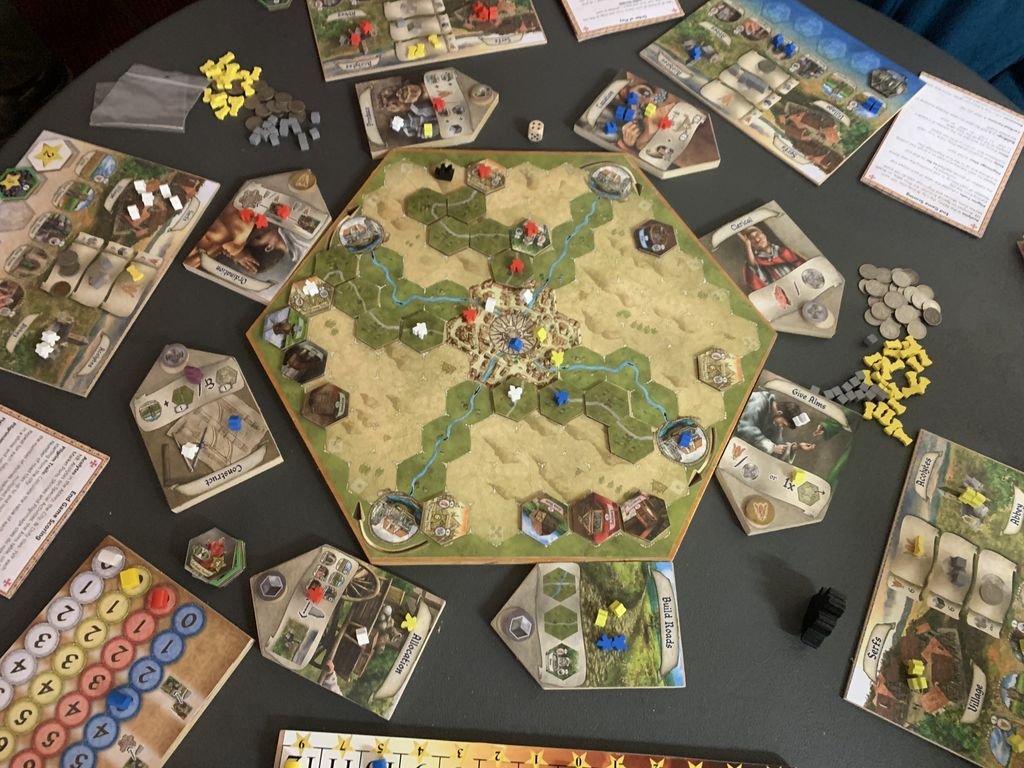 Pilgrim is a game played over 26 rounds with perfect information, zero randomness (once the game starts), and one hundred and sixty sextillion possible starting set-ups. Player interaction is intense and constant. The meek might inherit the earth, but you will need to be made of stronger stuff to become the next cardinal and win the game. 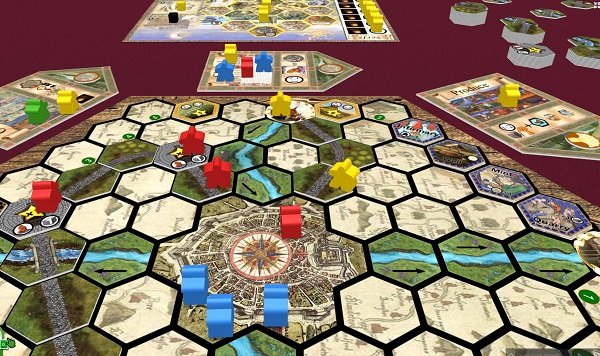