A game of history, language, fate, luck, strategy, and conquest.

Announcing The Ides of March 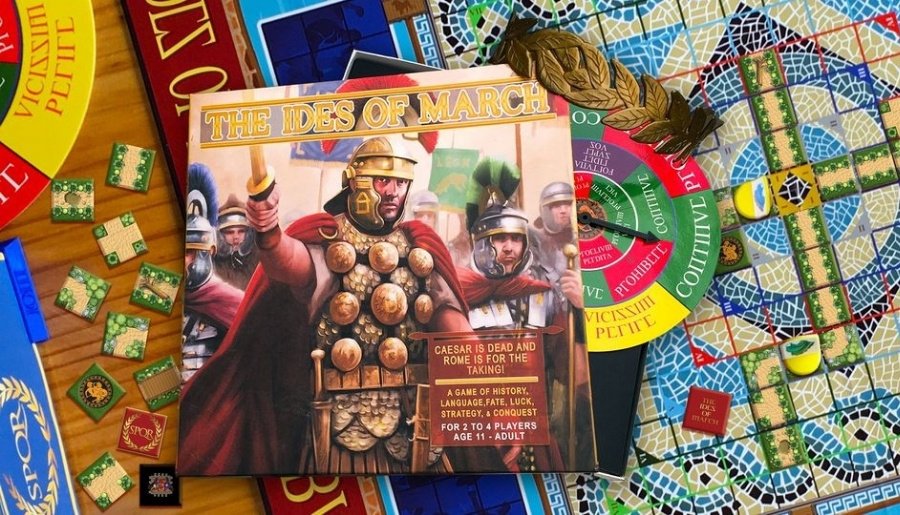 In a bid to end power being in the hands of one person, you (as an acting Roman Senator) have conspired to end the reign of the current dictator and leader of the Roman Republic – Gaius Julius Caesar with the intent of placing power in the hands of a collective group. 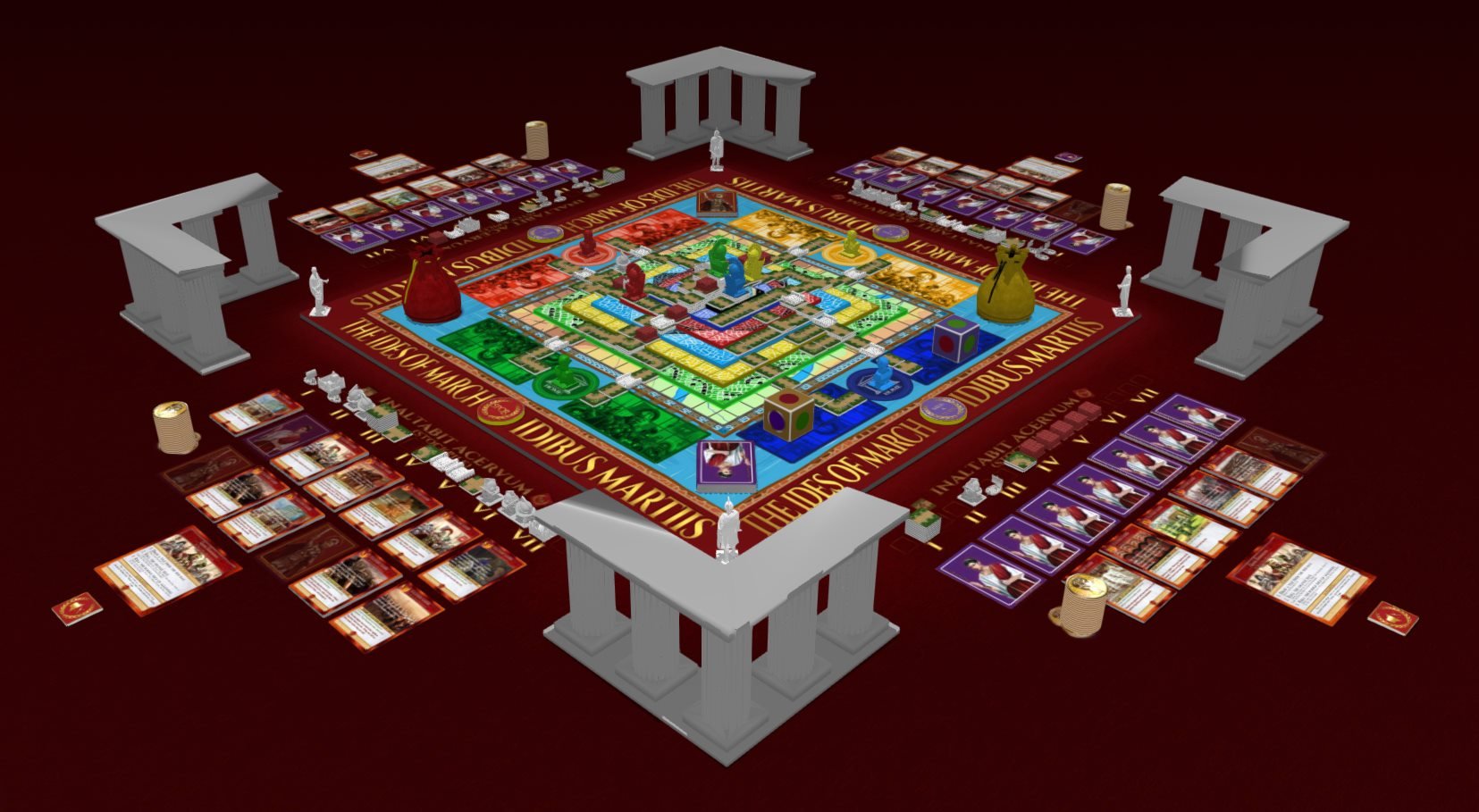 To overcome your rivals and win the title of "Citizen One," you will be forced to deploy devious tactics - such as changing the direction of your rivals’ roads (causing their journeys to lengthen), demolishing (sabotaging) their constructions, or ultimately fighting them for access to Rome. 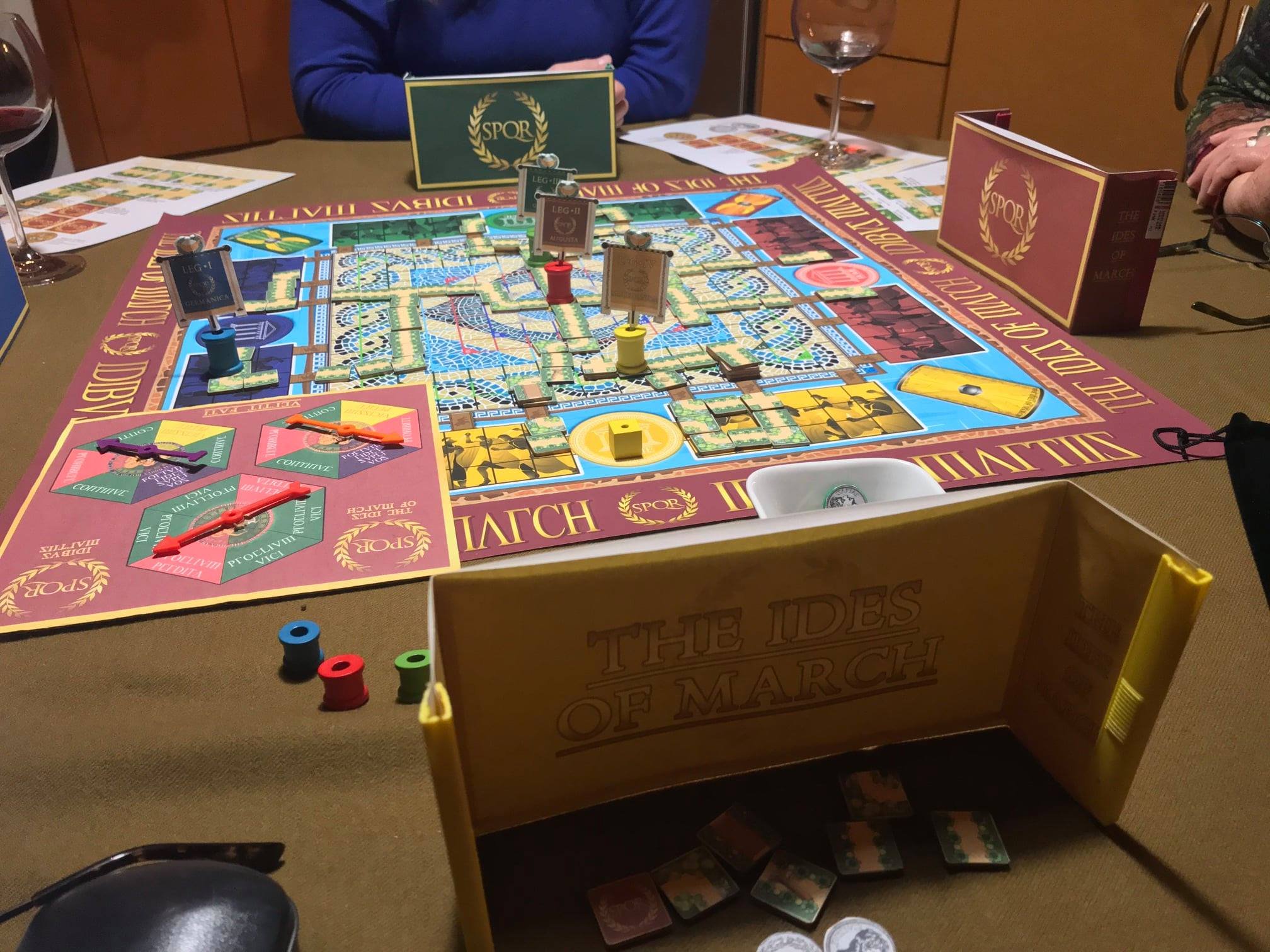 The player that successfully negotiates their way back home, raises an army, promotes themselves to Commander, and avoids the pitfalls. Roll dice, play tiles, and make sure you obey the Fatum cards!